Throughout the campaign, we join with others globally to raise awareness of, and call for an end to, gender-based violence in all forms and in all societies.

The 16 Days of Activism against Gender Based Violence Campaign is an extension of the day-to-day grassroots work of Mothers’ Union, where we work alongside communities to help end gender-based violence and to support those affected by it.

Mothers' Union published resources for 2018’s campaign against gender based violence which were used by individuals, groups and communities who joined this important campaign - see how here. Some of these resources may also be of assistance to you throughout the year. New resources will be published in advance for 2019’s campaign!

For information on our global grassroots work see our projects and our programmes. 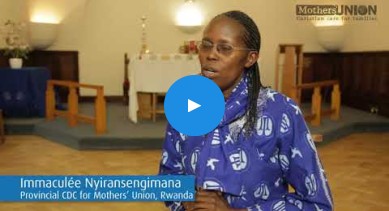