In many parts of the world, Mothers' Union members are active in supporting people in prison and families whose lives are impacted by imprisonment

Mothers’ Union supports people in prisons and their families in many different ways across the globe. This may involve members visiting people in prison, praying with them and bringing them food and clothing. When children are staying with a parent in prison, the Mothers’ Union do all they can to improve conditions for these children, providing blankets and fruit and vegetables to supplement the poor provision of the prison diet. They will also make sure the prisoners' family is supported.

In Britain and Ireland, there are a total of 133 prisons with a population of just under 85,000 people. Mothers’ Union have a presence in many of these prisons, working through Prison Chaplaincies or directly with prison departments or organisations that are contracted to work in prisons.

In some Prisons, Mothers’ Union run craft and cookery sessions, courses such as the being Dad and parenting groups. In HM Prison Low Newton there is a Mothers’ Union branch. In many prisons, the Mothers’ Union try to work with and support the prison chaplaincy and one activity that runs through all our prison work in prayer.

Restoring Dignity and Building Self-Worth through gifts of love

Not everyone feels able to work in a prison, but members can be involved by collecting or crafting essential items and gifts:

As one of our Mothers’ Union volunteers describes it, “there is no standard way for us to work in a prison. What is important is that we listen to the needs and respond. We need to be flexible as the context in prisons is constantly changing. It is also about looking for need and responding and working with other organisations in partnership.”

If you are interested in getting involved in prisons work, there is bound to be a role that suits your interest and skills. Get in touch with your diocese for more information about how you can be involved locally. You could also join the movement of prayer during Prisons Week.

Prisons Week - A Week of Prayer

Mothers’ Union is one of the sponsors of Prisons Week. This is an annual event that has been running for over 40 years and it begins on the second Sunday of October.

Prisons Week raises awareness and generates prayer for all those affected by prisons - prisoners and their families, victims of crime and their communities, those working in the criminal justice system and the many people who are involved in caring for those affected by crime on the inside and outside of our prisons. Canon Tim Bryan, chair of the Prisons Week Working Groups, explains:

“It motivates volunteers to step forward and give their time and gifts, in prisons and in their own communities. It provides an annual focus and reason for Christians to work together, building capacity and motivation to make a difference for people who are out of sight and often out of mind.”

“Prisons Week reminds me of God’s heart to bring healing, peace and freedom to those caught up in the criminal justice system. Having worked as a police officer in the Met Police for 27 years, and then as a chaplain at Wandsworth Prison for 12 years I have seen something of the worst and the best aspects of human behaviour. It was in prison that I witnessed the power of prayer, of fellowship in adversity and the new life that Jesus offers.”

More information including a prayer guide, poster, film and details of events held during the week can be found on www.prisonsweek.org

Find out more about the work of Mothers' Union 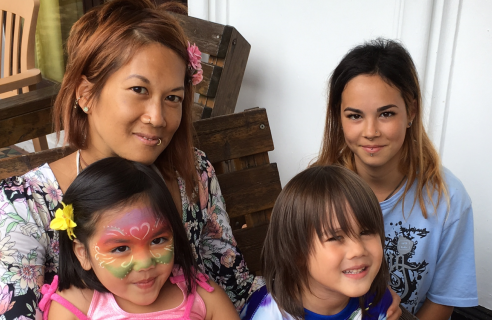 Away from it all 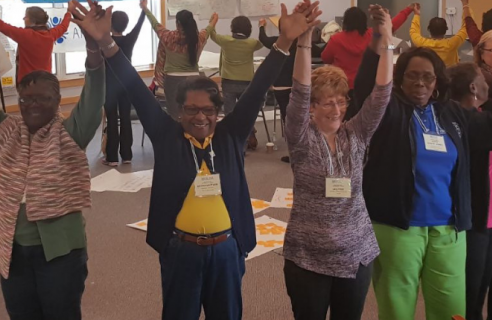 We are committed to working with and through the Church in local mission and community engagement. Metamorphosis offers the opportunity for creative, community led, prayerful engagement