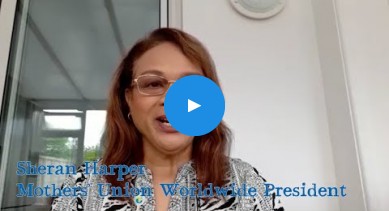 An inspiring and uplifting message of encouragement for the days ahead.

An Important Anniversary for Mothers' Union

2021 marks the 145th anniversary of Mothers’ Union, brought to life by Mary Sumner’s vision of women supporting families and communities. This summer, we also mark 100 years since she died after a truly remarkable and inspiring life.
Mary Sumner led a breakthrough for women, whose role during her lifetime was chiefly to give support to male leaders in the Church, work, and society. Her vision was a world where women’s voices were heard, and their own rights recognised.
This Summer of Hope, we celebrate the opportunity to reflect on her extraordinary achievements, and to continue her incredible work, through prayer, creativity and giving.
All around the world, women are growing their leadership skills, supporting one another, and making a difference, thanks to the generosity of members like you.
For example, in Tanzania, Jane Abnel Masingo is developing her leadership role both in the Church and in her community. Following in Mary Sumner’s footsteps, Jane dedicates her life not only to looking after her child and her parents but also to teaching other women in her community and passing on her wisdom.

Jane is 43, a single mother of one child. She lives in the diocese of Mpwapwa in central Tanzania, a mountainous district served by dirt roads.

After attending primary education and two years of Bible School, Jane joined her local Mothers’ Union Savings and Credit group. Through this, she was able to take out a small loan to put her dream into action by starting her own food business.
Now, in spite of the pandemic hitting her income, Jane is looking forward to a Summer of Hope, thanks to the continuing support of her local Mothers’ Union.
Members around her have provided a perfect refuge for Jane and the other women in her community, giving them a safe space to share their difficulties, advice and to grow together in mutual support. Jane says that thanks to her involvement in Mothers’ Union she’s learned how to: “help development outside the church as well as in the church”.
“One of the biggest problems affecting women and children is gender-based violence,” she says. With the group’s support, Jane feels empowered to take action, lead, and pray for an end to this abuse.
Jane’s dedication embodies the spirit of Mary Sumner’s vision and keeps it thriving today.