One of the first women-led organisations, we build resilience, challenge prejudice, and advocate change.

The Mothers' Union movement began in 1876. Mary Sumner, the wife of a rector in Hampshire, set up a group to support mothers of all kinds in bringing up their children. After delivering a speech in 1885 to churchgoing women at the Portsmouth Church Congress, she inspired many of them to go back to their parishes and set up similiar groups.

Over time the groups who met as Mothers' Union became embedded in their communities. They forged strong links with local people and the Anglican Church. They worked to support one another and give a voice to disadvantaged women while addressing wider societal issues. Driven by Mary Sumner's passion for the role of women in bringing about a better society, the groups proved very popular.

The movement today is made up of hundreds of individual Mothers' Union charities spread across 84 countries. Mothers' Union is unique in that members work together to solve challenges in their local communities. By helping to restore and strengthen relationships in families and communities, the movement gives a sense of belonging and acceptance to the stigmatised and vulnerable.

Mothers' Union works by creating safe spaces and listening, breaking down barriers between and within people. Members often make use of participatory exercises, including Bible study, to surface sensitive issues and challenge harmful norms. Active listening is encouraged and plans are forged together.

By mobilising members to partner with churches, church leaders and other stakeholders (including government and other NGOs) mutually agreed outcomes are achieved.

Mothers' Union equips members and their communities to recognise and use the skills, resources and talents around them. Through this process people are able to take ownership of their own future, lifting them from dependency.

Follow this link to find a group near you or watch the video below. 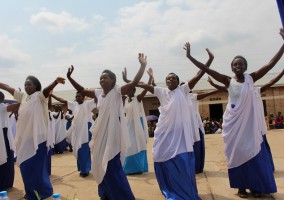 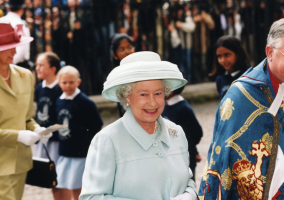 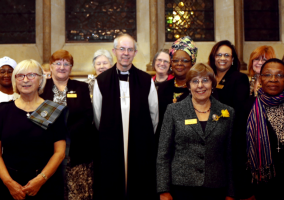 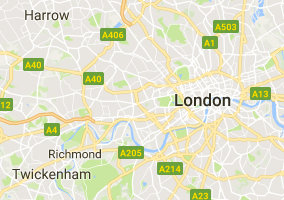 Mothers' Union near you 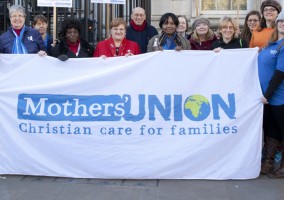 Ways to get involved

Your community needs you!

Proceeds help to fund our work.

Faith and Prayer is central to everything we do

Join us in the Wave of Prayer to support our work.

More ways to get involved