But the plans of the Lord stand firm, the purposes of his heart through all generations (Psalm 33:11)

2018 Our charter and constitution are updated to be fit for the 21st century. Mothers’ Union starts a conversation with thousands of members across the globe to reaffirm who we are and how we should continue to make a difference to lives in the future.

2010 Our Bye Buy Childhood campaign calls on government to ensure that the advertising and marketing industry value children as children and stop exploiting their natural inexperience to pressure their parents.

2005 We join the Jubilee Debt Campaign calling for debt relief for the world’s poorest countries. Members live in 21 of the 52 severely indebted countries.

2000 We are given consultative status within the Economic & Social Council of the United Nations on issues such as poverty, gender equality and HIV and AIDS

1965 Away From It All (AFIA) Holiday Scheme for disadvantaged families launches in the UK.

1918 We celebrate women over 30’s right to vote by advising members on how to use their vote wisely. ‘The vote is a duty we owe to womankind’

1885 Mary Sumner delivers her first speech. ‘Those that rock the cradle rule the world’. She also called for a Mothers’ Union founded prayer.

1876 Mothers’ Union was founded by Mary Sumner. She wanted to create an organisation for women that brought together rich and poor to build a network that would support mothers of all kinds as they brought up their children in Christian faith.

To find out more about our Founder, Mary Sumner, please see our related resources below 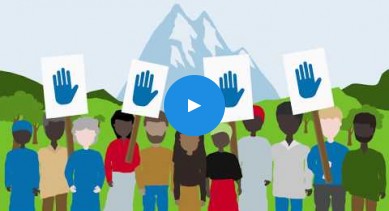 Mothers' Union - who are we?

With 145 years of history and members across the globe Mothers' Union is a powerful movement for change.

Ways to get involved

Your community needs you!

Proceeds help to fund our work.

Faith and Prayer is central to everything we do

Join us in the Wave of Prayer to support our work.

More ways to get involved