Eagle: A programme of biblical reflection and community action that is totally transforming the lives of families in Uganda

Blending biblical reflection and community action produces a powerful mix. That’s the experience of Mothers’ Union with the ‘Eagle’ initiative. The underlying principle is that dependency on aid isn’t necessary, and that communities have under-used resources. So churches are motivating congregations and communities in a process of ‘self-driven change’. ‘Through Eagle we’re changing attitudes,’ said volunteer coordinator Ida Basalivwa, ‘developing positive thinking about ourselves and others – and using our eyes to see what we already have around us.’

Churches across Uganda are being inspired by the Bible to change mindsets, heal relationships and work together. Well-known words from Isaiah 40 – ‘they will soar on wings like eagles’ – have given rise to a new process that’s helping thousands. Eagle is the name that Mothers’ Union Uganda has chosen for this process of Church and Community Mobilisation (CCM). Developed out of combining CCM approaches with their existing Family Life Programme and Parenting work, Eagle is a relatively new approach to help communities rise above their problems.

‘Before I came to the Eagle training, our church had wanted to start projects to help improve life,’ said development worker Ruth Seggane from Luwero. ‘But we felt we didn’t have the energy or the resources we needed. ‘After our envisioning training, I got excited and decided to start straightaway in my local church.’ Ruth set up a group of 35 from her church and shared with them – through Eagle Bible studies – how they might become a catalyst for change.

The group worked together to find ways of avoiding what is called ‘traditional dependency’. They identified the gifts and resources they already had to tackle challenges of poverty, poor nutrition and mismanagement of the environment. They utilised what they already had, so all could benefit. They set goals of increased food production and boosted trading to improve incomes. Today they have trained leaders in five new areas, all setting up Eagle groups. The church has planted 2,500 coffee trees on previously unused land and established a market on the road outside the church and begun a pig project, planting maize and potatoes. Of course, nothing is perfect. Challenges remain. Some people – often those who need Eagle the most – find it hard to participate, as they cannot read or write. Facilitators try to make it easier for people from all backgrounds.

However, already the team spirit and cohesion of the Eagle leadership has brought a strengthening of faith and confidence. People feel that together they can use their faith to bring about lasting benefit. So what does Eagle look like? Like any major restructuring – whether it’s a building or a community – the leader’s guide is all about preparation. When a diocese and church are ready, skilled facilitators support the groups to use Bible studies and other activities to unlock potential and resources.

For example, a key scriptural story – like the healing of blind Bartimaeus – is read out or acted out in a drama. Questions are asked such as, ‘what changes do you notice in the crowd’s attitude towards Bartimaeus?’ Then key lessons are drawn out of the passage, like Jesus asking Bartimaeus about his needs. It’s a simple idea. But the programme has shown that inspirational passages from the Bible, used as ‘stories of change’, can inspire communities. Diverse groups are brought together in a decision-making process, including women, young people, those living with disability and religious or ethnic minorities. What is described as ‘a complete transformational, community-based process’ uses Bible studies to work with church groups, encouraging them to launch economic, social and physical transformation within their communities. Mobilised church groups act as catalysts in their own communities. They use scripture to inspire people to a realisation that heaven has already helped them; by giving them the skills they need.

Scriptural reflection leading to social action may be an idea that’s come of age. It was shared in the 2005 book Against All Hope: Hope For Africa. In the foreword, Church Mission Society’s Rev Dennis Tongoi summed up the challenge: ‘the biggest obstacles to Africa are internal’. Book authors Darrow Miller and Scott Allen said of Africa’s needs, ‘The root of the problem is not material, nor is it primarily located outside... The root of the problem is inside the minds of the people of the continent.’ Africa’s traditional belief systems must be replaced with, ‘an equally comprehensive biblical worldview’, they as the ‘Transforming Story’ – the meta-narrative forming ‘the only mental infrastructure capable of truly transforming… entire cultures’. Other reasons are noted for this fresh approach. Since the global financial crisis, there has been less provision of funds for overseas development. There’s a growing sense that traditional models of development aren’t working. Certainly it’s true that giving handouts or setting up projects can make overseas churches feel good: it leads to effective PowerPoints at mission events... But is this the best way of empowering people in need?

As a result, organisations like Mothers’ Union have begun looking at other models – and this is how Eagle was born. Such approaches empower individuals to find solutions to their challenges. These schemes invest resources in processes that mobilise whole communities, rather than impose solutions. Recent evaluations have shown that Eagle has ‘exceeded expectations’. The message has reached more than 14,000 people. Each participant has improved the lives of their families. The Bible is inspiring community cohesion and positive change.

Here’s a recent example. In March 2015, a Mothers’ Union facilitator brought together the church community in St Thomas’s at Madi West Nile. As they mapped their locality, they found the same issue – access to vital assets affected everyone on both sides of the river. The local market and health centre were both difficult to access, lying in the parish of St Joseph’s on the other bank. So, despite growing more crops through Eagle and making better use of their land, the community still struggled to benefit from any improvement in income. In addition, the local school was in the parish of St Thomas’s, making it difficult for the children from St Joseph’s to attend. So two Eagle groups – one from St Joseph’s and one from St Thomas’s – came together to find one solution. They built a bridge.

They worked by hand, slashing and hoeing the ground to prepare a road on both sides – leading to the point on the river where the bridge could be built. By assessing resources within their group, they realised some members had influence with local government. The council came to see the work carried out by Eagle groups and were impressed. They had underspent the local council budget, and offered the surplus to complete the project. 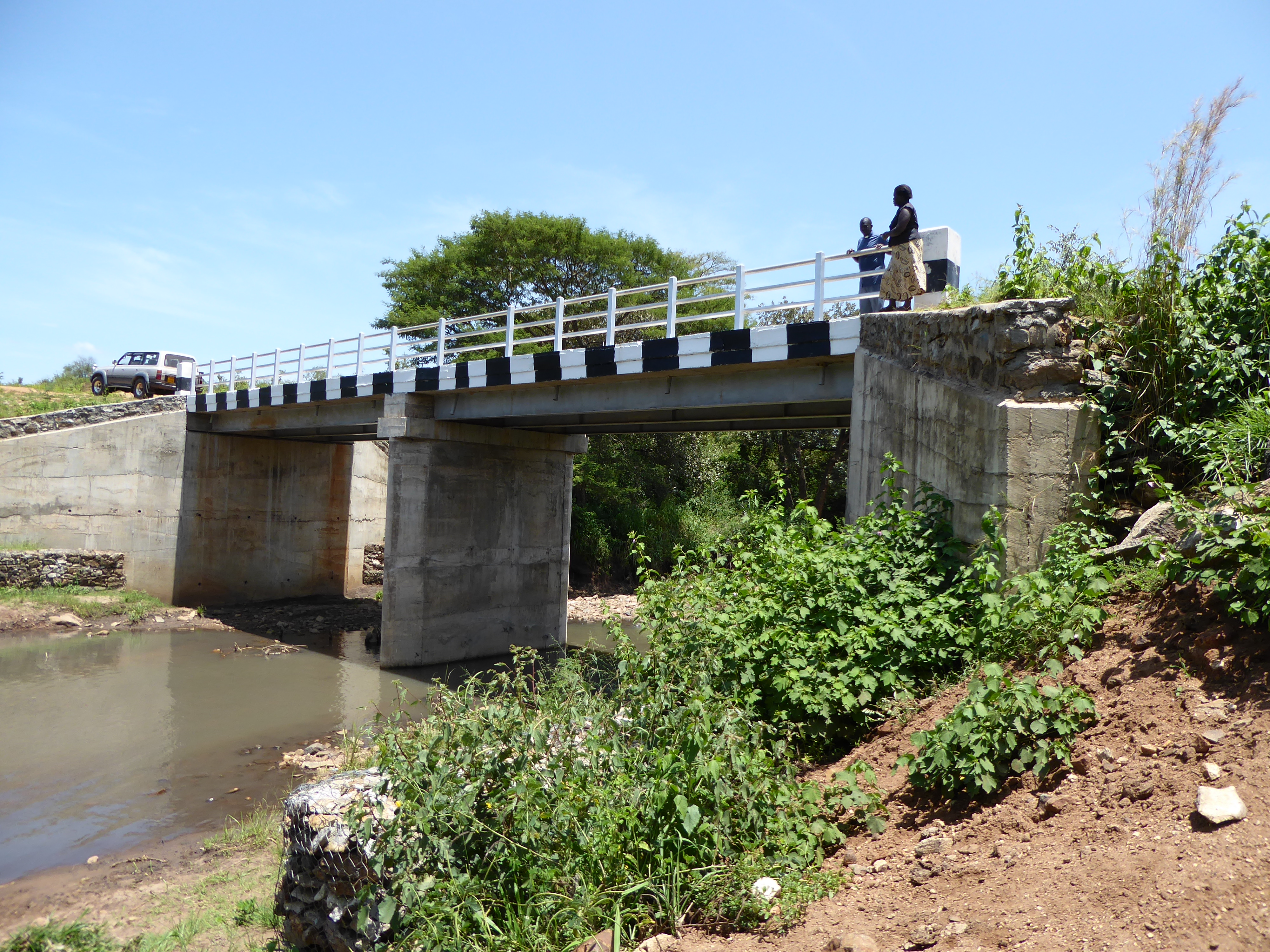 That’s just one story. And these principles don’t just apply to communities in Africa. Similar processes are being run around the world – Mothers’ Union runs ‘Awaken’ in Guyana and is exploring a process in the UK*. It seems everyone needs a new way of thinking about solving problems in their communities. Thousands of lives have already improved as a result of this approach. ‘We were encouraged to read the Bible like a new book,’ said one Mothers’ Union member. ‘We feel like we can’t live without it now. We have been renewed.’

*Find out more about MULOA