Cameroon is a country in West Africa, sharing a border to the west with Nigeria, to the East with the Central African Republic, to the south with Gabon and Equatorial Guinea and to the North with Chad. The modern state of Cameroon was created in 1961 by the unification of two former colonies, one British and one French. Since then the country has generally enjoyed stability, which has enabled the development of agriculture and infrastructure. However, despite this, Cameroon is still ranked 153rd out of 188 countries worldwide and 23rd in Africa in the UNDP Human Development Index.

Mothers’ Union was first introduced to Cameroon in 1992. Starting with a small group of just 16 women, Mothers' Union has now grown to a membership of over 600 spread across the country. Actively engaged in working with young people, Mothers’ Union run discussion groups for young women and girls on sex, STDs, growing up and changing, as many parents feel uncomfortable discussing this with their children. Other projects include: 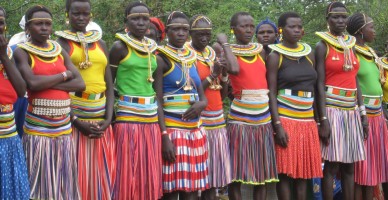 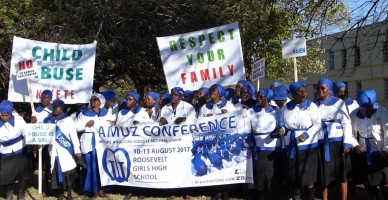