Swaziland is a tiny country sharing a border with Mozambique in the east and surrounded on all other sides by South Africa. Swaziland is heavily reliant on its neighbour, for example with more than 90% of its imports coming from South Africa.

Swaziland is considered to be a lower middle-income country, but its income distribution is highly skewed, with an estimated 20% of the population controlling 80% of the nation’s wealth. Consequently poverty is a huge problem, exacerbated by a lack of jobs and frequent drought.

Swaziland's unemployment rate stands at 30% while almost two thirds of the population live below the poverty line. In 2017, Swaziland had the world’s highest HIV prevalence rate with more than one-quarter of the adult population infected.

Despite these difficult situations, the 1200 members of Mothers’ Union are active in the country with various community initiatives, with many particularly focussed on health and wellbeing.

Mothers’ Union in Salisbury and Salisbury Court Chaplaincy volunteers have received recognition with an award from the High Sheriff of Wiltshire for their work at Salisbury Law Courts. 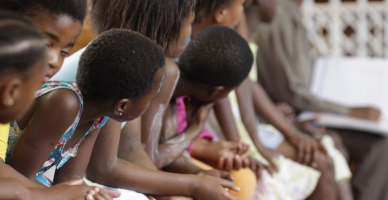