Papua New Guinea is a small independent nation in the South-western Pacific Ocean, just north of Australia. It occupies the eastern half of the island of New Guinea and hundreds of smaller islands to the east and north. The central part of the main island is high and rugged with jagged mountain peaks separating broad, high valleys. There is an estimated population of almost 7 million, more than 80% of which live in rural areas. 3/4 of the island is covered with dense tropical rainforests and with few roads, travel has always been extremely difficult. This perhaps has contributed to the development of almost 800 individual local languages, some spoken by only a few people. 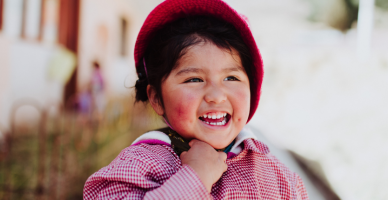 Across the world many of our members are providing a lifeline for children who have suffered the loss of their parents and guardians, providing them with clothing, food, quality education and a home.